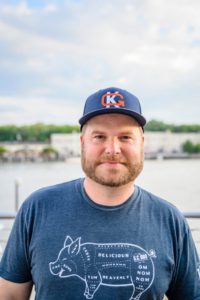 Robert’s focus is on highlighting the natural flavors of each meat along with homemade, flavorful sides has earned Grand Champion BBQ a lot of attention – Best Ribs, Mac n’ Cheese & Beef Brisket by the Atlanta Journal Constitution, Runner Up for Best BBQ by Atlanta Magazine & ranked one of the top 13 BBQ joints in the nation by Zagat!