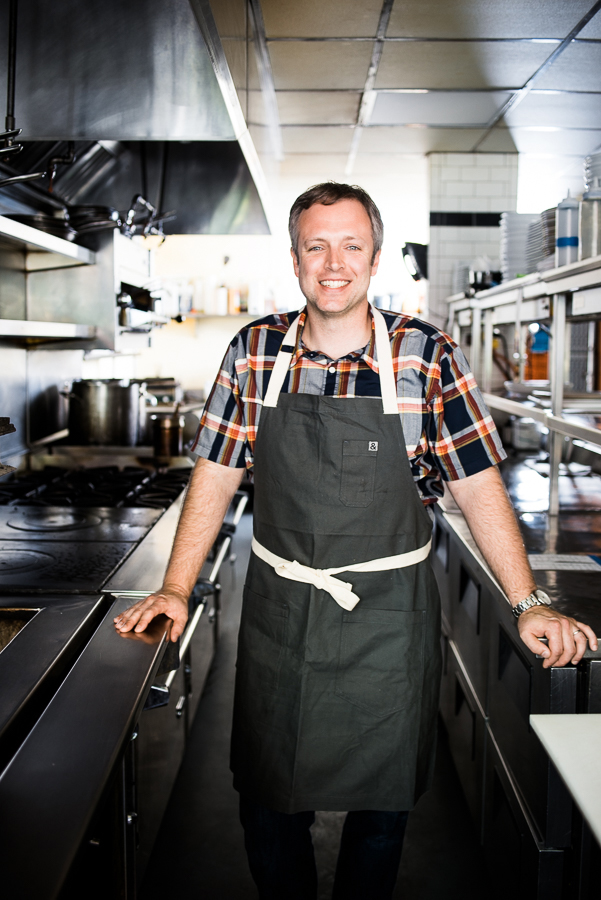 William Dissen is a renowned chef and culinary diplomat, restauranteur, published author, and early pioneer of the farm-to-table and ocean sustainability movements in the Southeastern, United States Appalachia region. In addition to running restaurants, developing world-class dishes, and traveling globally as a sustainable food policy advocate, Chef Dissen regularly appears on television and in the digital media to provide education and entertainment for foodies, culinary novices and experts alike, on the most important topics in the culinary business today.

Dissen is perhaps best known for helping to establish the local food shed in Western North Carolina, starting in the early 2000’s, which resulted in access to the best ingredients for the region’s most forward-thinking restaurants and organic food grocery stores. Dissen has long-been committed to cooking exclusively with locally foraged ingredients, prepared using otherworldly traditions, and his keen reverence for the heritage and roots of Appalachian ingredients and dishes. The results are one-of-a-kind meals and fine cocktails that have been lauded by world leaders, global culinary institutions, and award-winning chefs at the forefront of fine cuisine and sustainable food policy.

Throughout Chef Dissen’s career, his acclaim has caught the attention of television producers, national food critics, and award-winning destination resorts and brands. His television experience includes full episode features on National Geographic’s “Gordon Ramsay: Uncharted” and Travel Channel’s “Andrew Zimmern’s Delicious Destinations,” and CNBC’s “Squawk Box.” He’s also a six-time James Beard Foundation “Featured Chef”, having guest-cooked more than 16 times on the foundation grounds, and contributed recipes to “Waste Not: How To Get The Most From Your Food” published by James Beard Foundation.

Recognizing the impact of climate change and overfishing on food sources, Dissen became an advocate for food policy on Capitol Hill starting in 2010. The Barack Obama Administration lauded him as a, “White House Champion of Change for Sustainable Seafood,” and Chef Dissen spoke to Congress about the importance of passing The Farm Bill, The Childhood Nutrition Reauthorization Act, and The Magnuson-Stevens Fishery Conservation and Management Act.

When he’s not developing mouth-watering southern dishes or working with kitchens across three award-winning restaurants, Chef Dissen serves on the American Chefs Corps by the U.S. State Department, which sees him traveling around the world to educate organizations about food sustainability practices as a culinary diplomat. His titles include, “Seafood Watch Ambassador” to The Monterey Bay Aquarium in California, and Official Ambassador for Le Creuset and Mountain Valley Spring Water.